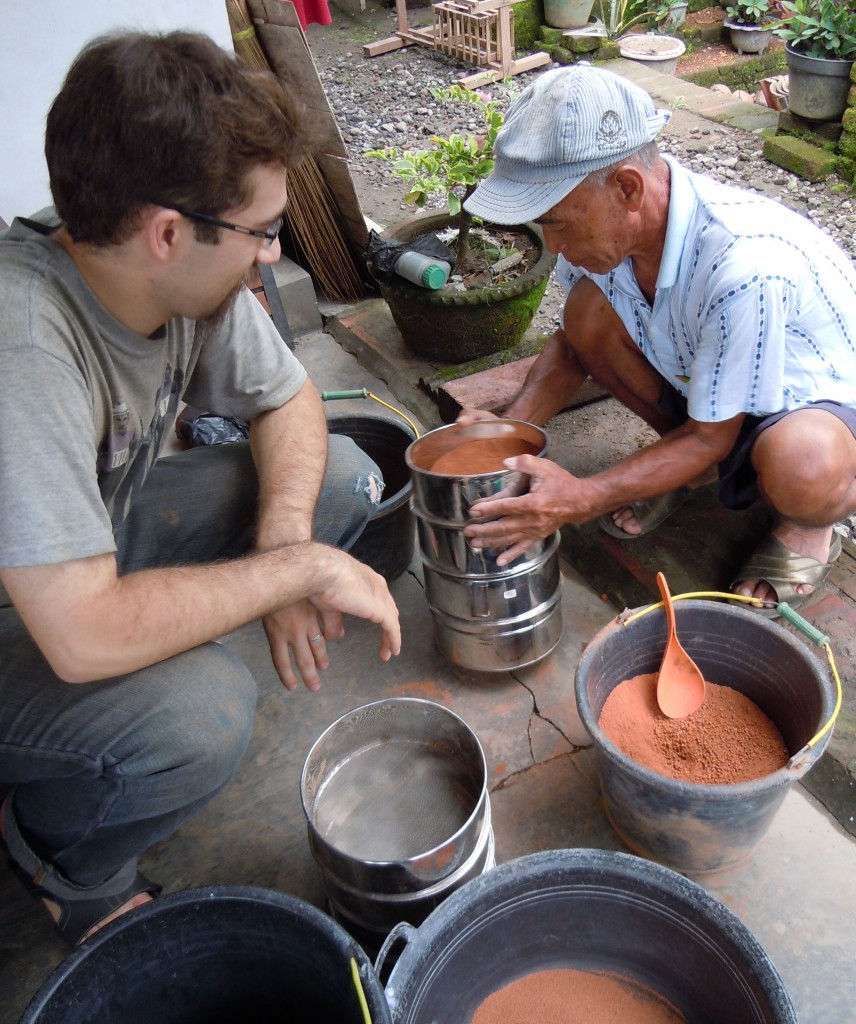 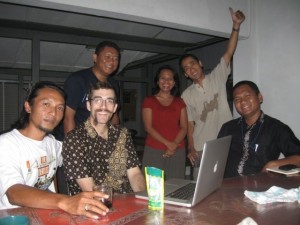 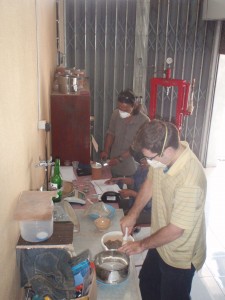 Working in the ceramics lab with SHEEP staff from rear, Toni, Rina and Nick

During a year living in Indonesia, Nick transferred the technology he developed to SHEEP. Together they built microbiology and ceramics laboratories to support ongoing development. Nick trained some of the staff at SHEEP as technicians for these labs. The year of training resulted in capable staff at SHEEP and working labs. Also Nick and SHEEP were able to forge good connections to Indonesian professionals in related fields of public health, microbiology, and ceramics.

Overall there has been huge progress, but no finalized device. It became clear that more research and development work was needed. The place to do it would be Alfred, New York. Working in Alfred provides access to valuable professionals working in ceramics and microbiology, and allows access to research equipment and testing machines.

Today Triton Ceramics has made much progress on the research, with preliminary results showing that the technology adequately deactivates bacteria. We continue to develop the technology to ensure its safety and efficient manufacture. We are nearing completion of the research on the basic variables. When this research is complete we will seek to publish this information in an open source format, then transfer this technology to SHEEP and any others interested in undergoing an open-source training.