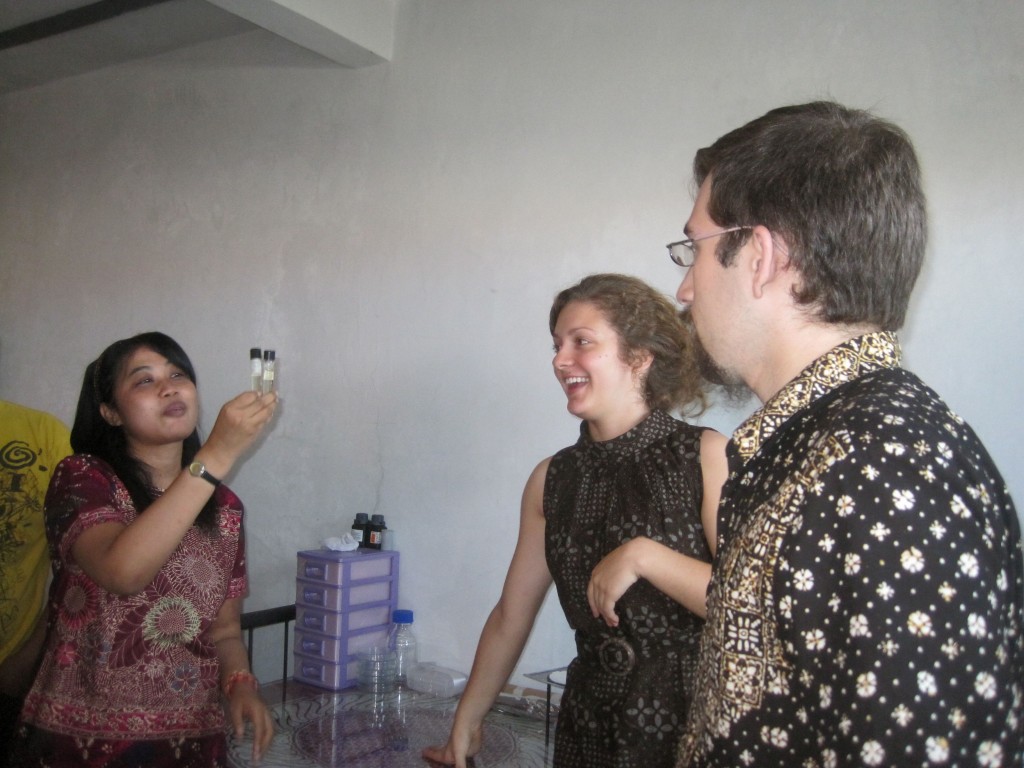 2011: In Yogyakarta Indonesia showing samples to Wuri, a SHEEP staffer. Testing silver in the effluent water was on my mind, but a long off goal at this stage. From Left: Wuri, Esther, Nick

Approximately 2.6 years ago, I got on a plane to Indonesia to spend a summer working towards building an inexpensive and effective ceramic water filter.

Despite my interest in the matter, Nick and I realized it was not yet time to research silver in the effluent. First we needed to build a relationship with SHEEP Indonesia and set up working microbiology and ceramic labs. And that we did.

But I am happy to announce to you that the time to study the silver in the effluent is now, and so far the results are excellent! In experiments just conducted by Nick, silver levels were 20 times below the World Health Organization’s standard of 0.1 mg/L. A picture of the experimental setup is below. 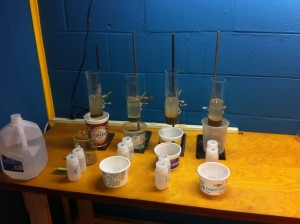 December 2013: testing the amount of silver in water

Often the filters that use silver to kill bacteria end up putting silver into the water, so it is exciting that the levels are so low initially! These positive results are an encouragement and a testament to all of the support to Triton Ceramics, by Friends Peace Teams to Asia West Pacific, SHEEP Indonesia, and professor Bill Carty! It takes a community to develop a filter